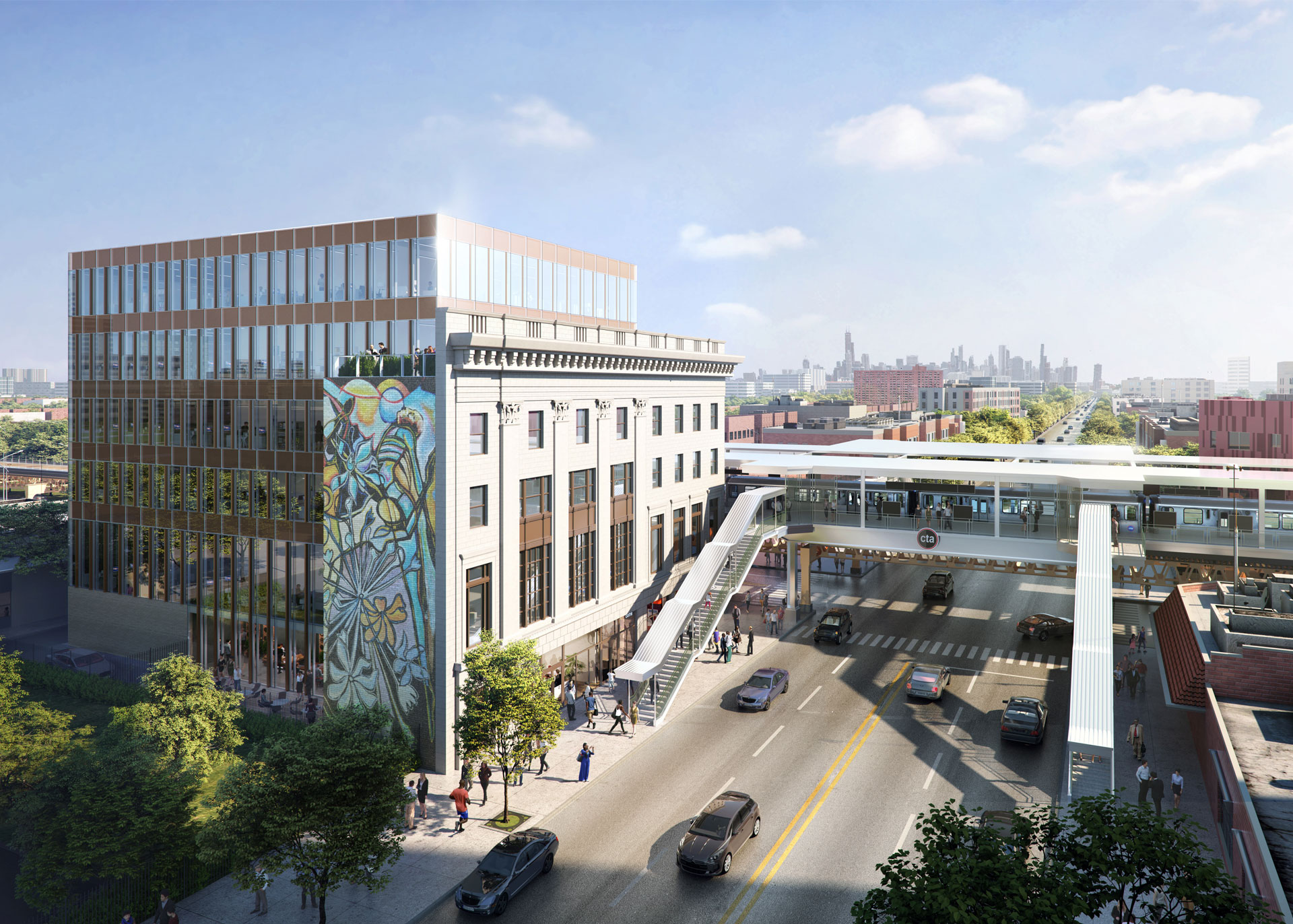 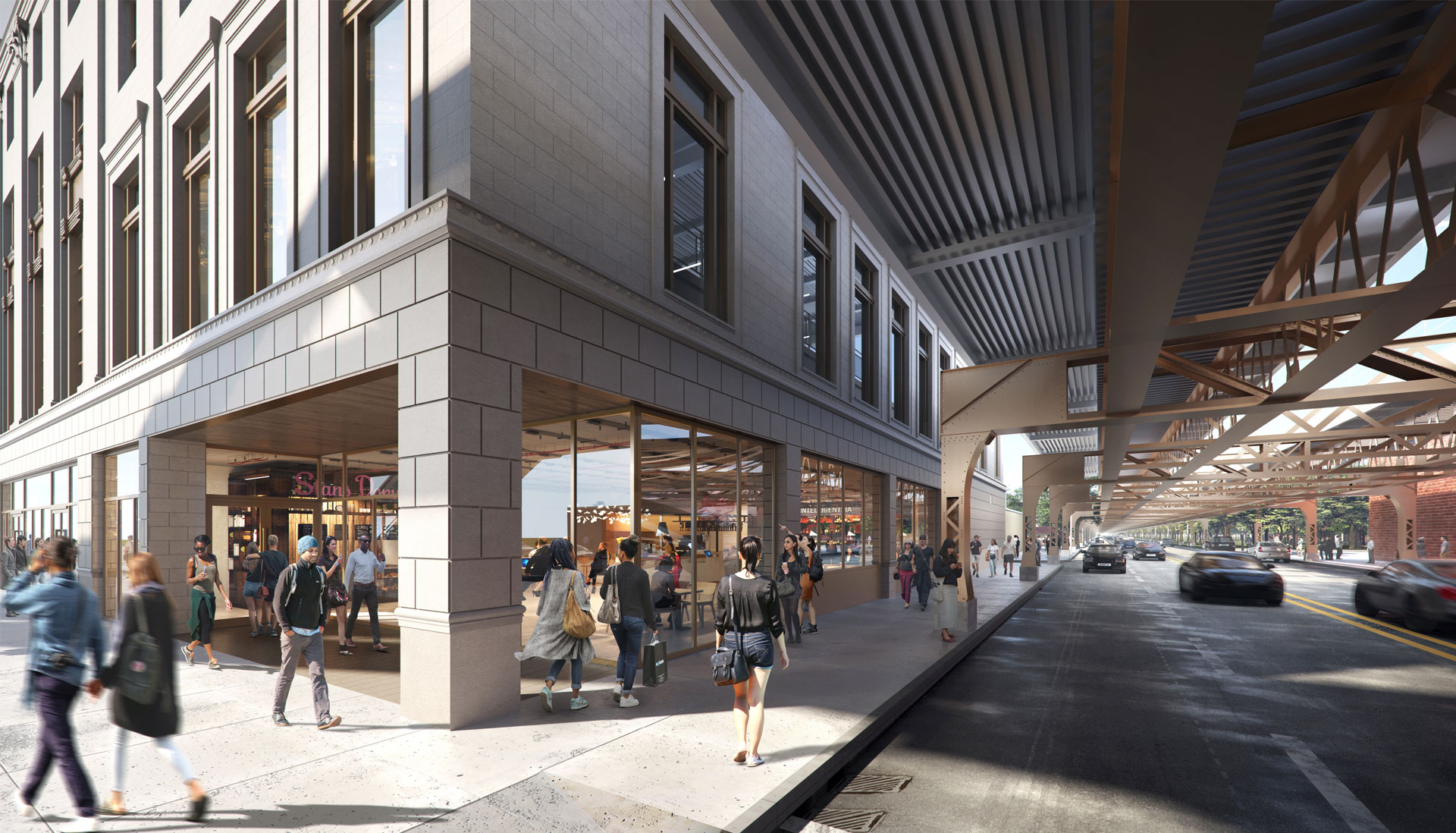 The Washington Park National Bank Building located in Chicago’s 20th Ward at 63rd & Cottage Grove was designed by architect Albert Schwartz in 1924. The once admired 4-story building has fallen into disrepair after years of neglect and abandonment. A redevelopment plan was established by current building owner Cook County Landbank and developer DL3 Realty to preserve two of the building facades while simultaneously enhancing the surrounding Woodlawn community.

The current plan is designed to turn the abandoned structure into a new 70,000 square foot, 5-story mixed-use building with office, retail, co-working, outdoor and food hall spaces. The mixed-use programming was heavily influenced by proactive local community organizations and partners that have been integral to the planning and vision of this development.

The existing building is in critical condition with the limestone and reinforced-concrete facade suffering from years of neglect and the interior spaces requiring complete replacement. The current design introduces a hybrid method that incorporates both new construction and preservation of two of the existing facades. This strategy requires a new structure to be constructed behind the existing facades, creating a pathway for the new building to succeed while honoring the building’s historic significance.